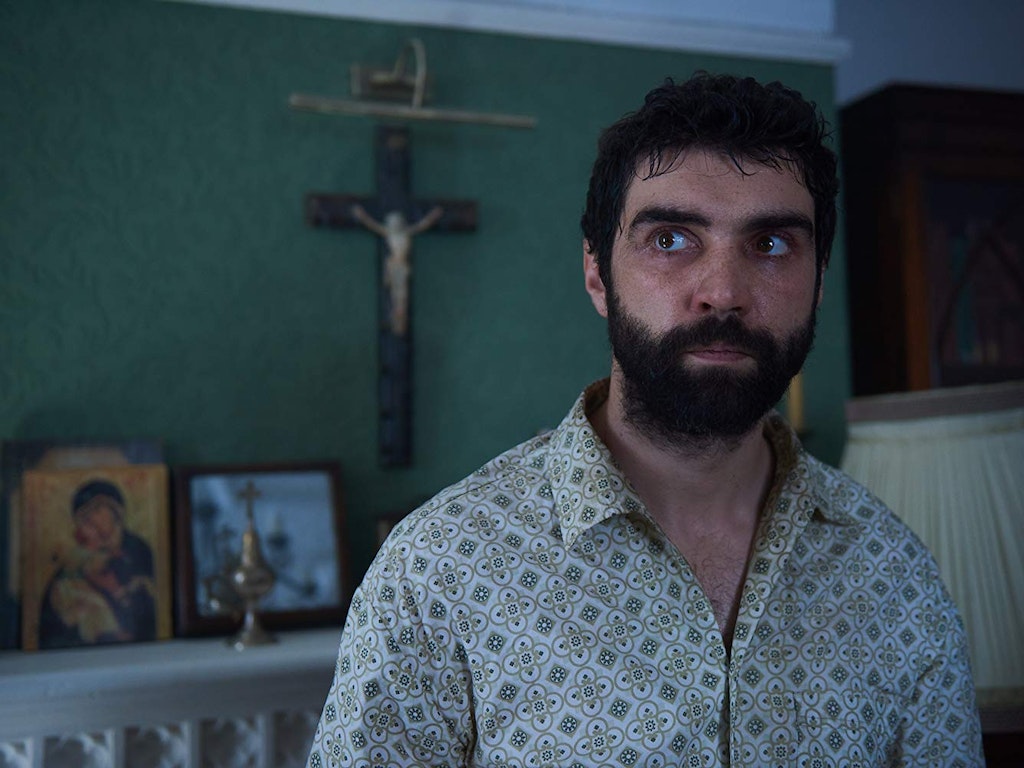 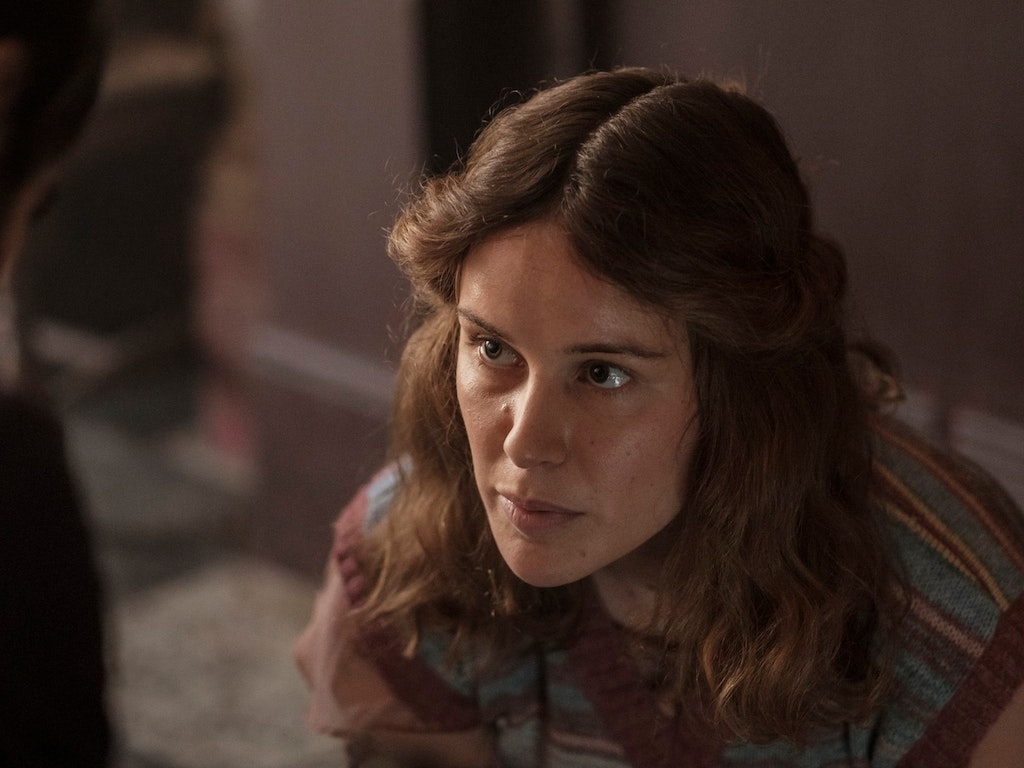 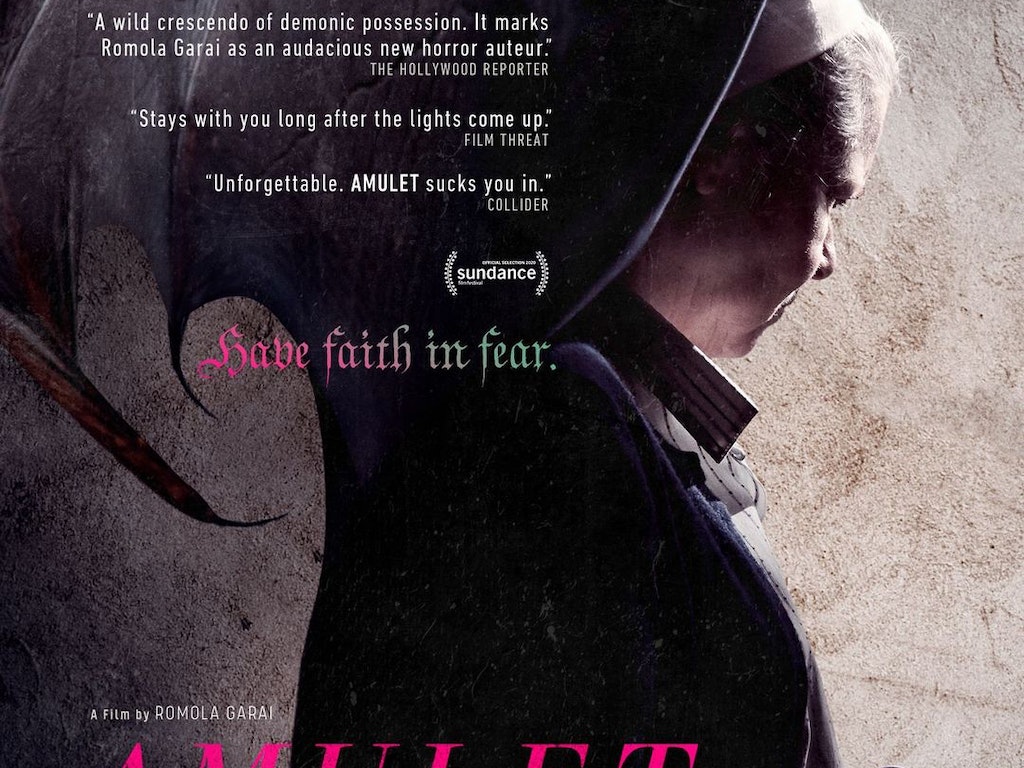 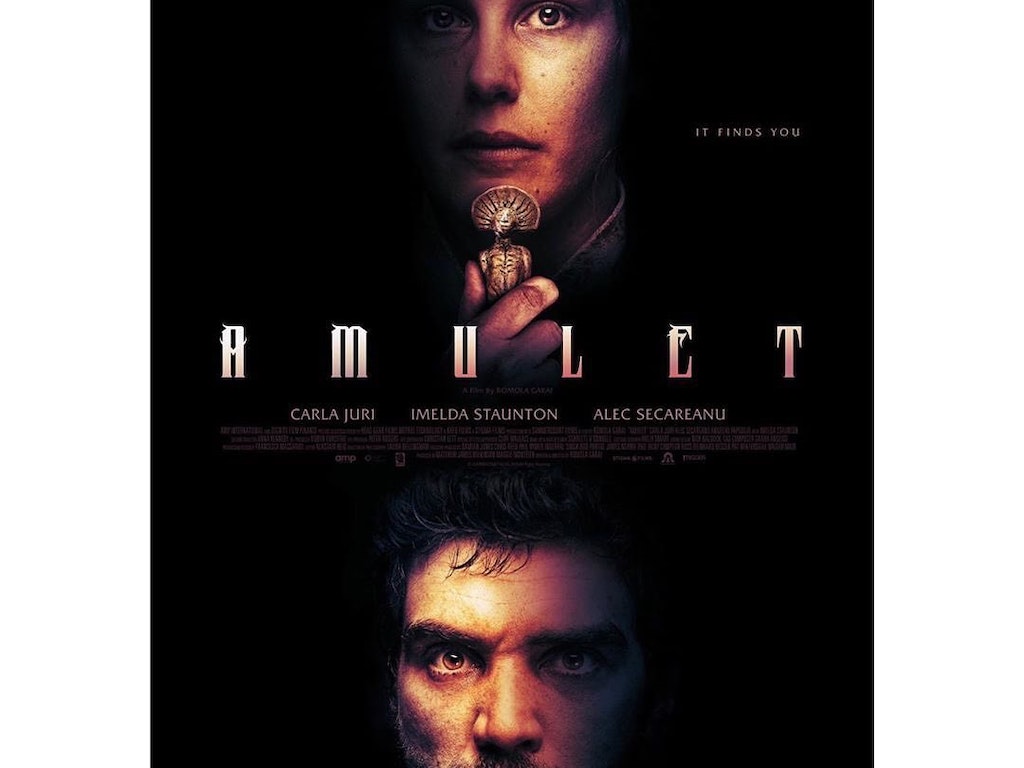 A refugee finds refuge from war in a dilapidated house caring for a woman and her dying mother. He suspects the younger woman is enslaved by a demon, but everything is not what it seems.

A zigzagging booby trap of a thriller
Los Angeles Times

This elevated neo-gothic is executed with a firm hand and a beguiling imagination. There's impressive craft on display, from the bespoke creature effects to the insidious gaze and insinuating angles of DP Laura Bellingham's stealthy camera
The Hollywood Reporter

Department heads deliver stellar and extremely thoughtful work across the board. Amulet takes place in three primary locations – the woods, Magda's house, and the outside world – and director of photography Laura Bellingham ensures each is uniquely atmospheric and photographed in a way that further enhances the characters' transformations.
Collider

“Amulet” may recall some other out-there auteurist horror opuses, from Zanussi’s “Possession” to two other striking recent debut features, the Brit “Possum” and German-Austrian “Hagazussa.” But it has a feel all its own, with a range of imaginative conceptual and technical strategies each deployed by DP Laura Bellingham, production designer Francesca Massariol, editor Alastair Reid and composer Sarah Angliss.
Variety

Cinematographer Laura Bellingham's work is outstanding; moving between the almost idyllic peacefulness of the countryside (where the horrors when they come hit like a punch), to the decrepit space of the home, which, instead of providing warmth, provides a palpable dampness that creeps like the mould in the corners.
Screen Anarchy

A haunting Gothic thriller...DP Laura Bellingham’s cinematography and the production design by Franchesca Massariol build an atmosphere that is both hauntingly beautiful and disturbingly ominous. The film strongly suggests that the world is a deeper, darker one than we know, and in that depth lie things beyond our imagination.
Forbes

Cinematographer Laura Bellingham ably adapts her documentary skills to lensing Tomaz as he goes about his day, and her camerawork has the effect of making him feel watched even when he’s toiling in seeming solitude.
Indiewire

Amulet is simply gorgeous to look at, too. That much is apparent from the film’s opening alone, as the camera steers into the dream space of Tomaz’s memories through a sea of evergreen treetops and looming forest trunks bathed in morning mist. Cinematographer Laura Bellingham interweaves the real and unreal into a tapestry of uneasy calm and malice
AV Film Club

Behind the Scenes Press:

Those Who Are Most Happy

Just ask for it